Today was a day for celebration. I have been here for two weeks, a week shorter than normal, but despite the brevity of my visit, I have completed everything that was asked of me, and a day before schedule. I have carried out consultation meetings in various parts of the country, and written up the notes. I have provided written advice on a fairly complex professional issue. I have proof read a document which someone else should have done four months ago.

And I have produced the significant piece of work I came out to do, an official document which will eventually be published but for which this is the first draft. Now finished! Hurrah, hurrah!

Now, I like writing, don’t get me wrong, though I would rather be writing a novel – or my much neglected blogs. Sad person that I am, I even get some pleasure from writing a set of ‘Guidelines’.   Having written scores of these things in my time, they trip off the pen – or laptop – pretty easily. Nevertheless, I have been working from first thing in the morning to last thing at night every day of the week including weekends. I didn’t go swimming, though it wasn’t really warm enough for that. But I also didn’t even manage to walk up the hill to the Crossroads Hotel where there is a half-decent gym. Not that it hasn’t stopped me wasting my time on Facebook, of course. Even bent over a hot keyboard, the temptation to truant is still pretty strong. Oh, and, sorry Stuart, I did manage to buy two lovely Ngoni carvings from the Moa Mission, sold in my favourite African Habitat shop, where I don’t have to bargain.

So, yes, I have been busy, busier than I should be at my advanced age. And, yes, I would much rather have been playing with my grandchildren, having coffee with my friends and slumping in my armchair, watching my favourite TV programmes, across the room from my husband.

So, I think I deserved my celebration, don’t you?

Now, how does someone like me celebrate in Lilongwe? Well, if I’d been with a friend, we would have called a taxi and gone out to one of the rather nice eating places away from the Old Town, where the expats and prosperous Malawians go. But I was on my own.

I couldn’t bear to eat in the hotel….again. The Malawi-Pakistani-owned Bridgeview Hotel looks after me well. Its staff are friendly and kind, the bedrooms are pretty comfortable and the showers are beautifully hot – something I don’t have quite so much guilt about these days as there’s a bit more water around. Nevertheless, it is set on a busy dusty city centre road and has no swimming pool, open-air restaurant or even a green leaf or two. But curry for the 10th time? And with not a drop of alcohol to wash it down? Nice curry. Lovely waiters. But dry.

In these situations, when I’m trying to treat myself, I cross the road and go to Ad Lib, which calls itself an American diner and has truly excellent food ….and gin, lots of gin. I’ve been there twice already, this visit, and eaten Mpanga (I think it’s called, a sort of fish, very nice) and fillet of crocodile tail (delicious but perhaps not a meal for a good conservationist). Today, the crocodile was back on the menu, but I don’t like BBQ sauce. I could have eaten poussin, but they can be a bit rubbery. No, today was the day for ‘glazed fillet of pork’, and very nice it was too.

I’m not really ‘supposed’ to go to Ad Lib, as it involves walking a couple of hundred yards in the dark, past the smelly open drains and the shadowy figures lurking round corners, all without street lights. I have a system, of course, I’m not entirely stupid. I go early, while it’s still light-ish, say five thirty or so. And I return as soon as I’ve eaten, lighting my way with my little torch. The biggest danger is being run down, so I flash the bulb imperiously at the four-by-fours, thus commanding them to stop, or at least avoid running me over. Oh, and I don’t own up to anyone at work, or else I would be condemned to curry for all fourteen nights of my stay.

Usually I sit outside, on Ad Lib’s verandah, as I like the fresh air. However, it’s been getting a bit cold – and I mean that. In the daytime it’s around 21 degrees, but at night it falls to 10 or even 7 degrees, so that I pile my bed with spare clothing, extra blankets not being much in evidence.

And it’s not just the cold that’s made me move my seat. While sitting at my table, I have started to be greeted by people trying to sell me things – the ubiquitous ‘post’ (greetings) cards, batiks and banana fibre pictures. It's common enough in other countries when you're a tourist, which I am not. I succumbed to the two smallest batiks from someone I know, and purchased the usual ‘postcards’ from a young lad whom I know is orphaned and bringing up his brother whom he is trying to send to school. Still, I gritted my teeth. The sellers don’t come right into the restaurant but lurk just beyond the wall where my table is. But this post is about the banana fibre pictures – when I eventually get to them.

Things have been getting worse in Malawi, certainly in the city centre. On Saturday, I went to the bank and bought some tea and coffee to bring home. On the way there and back, I was accosted by people trying to press artefacts on me; skeletal  breast feeding women, with babies on their backs and toddlers by the side pleading for money; ditto street children; people selling avocados, bananas, tangerines, all calling after me, harassing me. There is only so much fruit that even a fruit addict like me can consume and I've got quite enough wooden necklaces. I got flustered and angry and rushed back to the hotel to be away from it all.

This is not the Lilongwe it used to be when I first arrived. Although the city still does not have as many beggars as Edinburgh, these days hawkers are very persistent – and desperate, genuinely desperate. They are not unpleasant, don’t get me wrong. Malawians are courteous people. But my potential purchase will put food in their mouths and the mouths of their families. They don’t ask their own people, of course: they won’t give – or buy. You see there is little enough begging, apart from the nursing mothers. They are hawkers. And it is me, the azungu woman, time and time again, that they accost. ‘Mama, Mama, ’they call.

They recognise me, you see. I’m not one of the ex-pats who gets in and out of grand four-by-fours. I don’t have a car and a driver. I’m not one of the myriad penniless European gap year students or wholesome volunteers. To the hawkers, I’m a real person whom they recognise, who has worked here for years, who walks to work, who talks to them now and again, when I’m not trying to scurry past, that is. We even know each other’s names, some of them. Of course, it would be so much easier not to talk, to drive past, to avoid interaction. There's a lot to be said for a bubble.

And so it was that when I went for my celebration at Ad Lib today, I sat inside, right inside at the back of the restaurant, where I could be quite alone, for it was still quite early. I ate my huge helping of delicious fillet of pork, with rosemary potatoes and crunchy green beans that Stuart would regard as undercooked, accompanied by a couple of glasses of Malawi Gin. (Don’t look like that, Malawi gin is really quite good!). As I ate, I read my book – Helen Dunmore, if you ask. All very pleasant. I was feeling pretty good about myself.

Until I heard a voice at my feet. There, kneeling by the table was a young man with a set of banana fibre pictures. He had come into the restaurant and NO ONE had stopped him. He had passed less than six inches behind the backs of the well-dressed Malawian professionals at the bar, the smart-looking waiters, the maître d’hote, though he probably doesn’t call himself that. There the man was, at my feet, in my safest bolthole, on the night of my modest ‘celebration’, begging me to buy his pictures. His children were ill, He couldn’t afford medicine. They hadn’t eaten.

Bad luck story! I can hear you laugh.  Surely she’s not that gullible! Actually, I did believe him. There was that ring of truth, that look in his eyes, that tone in his voice.

It was horrible. I just wanted him to go away. This was my safe place. I was eating fillet of pork and drinking gin.

Everybody, all of them locals, just a couple of yards away, was looking studiously and deliberately in the other direction, including the restaurant staff. I realised then, that despite the kindness, despite the courtesy, despite the friendliness which surrounds you in this country, we westerners really aren’t all that welcome. Our money is welcome, our earnest hard work is welcome, but not really us. There is too much history, especially if you’re British. We have too much money. We flash it around. Serves us right, us rich folk.

‘No!’ I cried, ’Not here! Please go!’, adding rather stupidly, ‘This is my safe place!’ Shamefaced, he said, ‘I really need to take money home. We have nothing.’

And so, completely stunned, tears rolling down my cheeks and feeling utterly betrayed by those friendly familiar restaurant staff who wouldn’t keep me safe, who wouldn’t hide me from the world outside which they had deliberately allowed inside to shame me, who had turned their backs and left me to squirm, by prosperous Malawian city folk bent over their drinks, who wanted to see how I would react, for they certainly wouldn’t have given him any money, I tore some notes out of my purse and thrust them towards him.

Don't get me wrong, I wasn’t threatened, except by misery, mine as well as his.

And I didn’t even bother with the banana fibre picture.

Posted by Elisabeth Ritchie at 20:29 No comments: 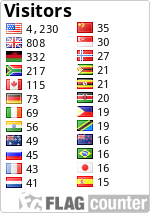